Benefits of making a testament in Spain 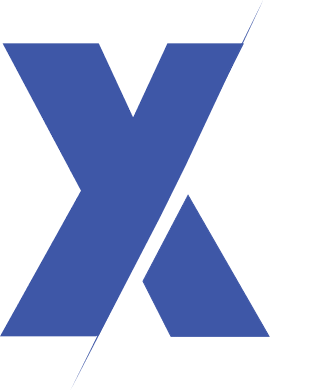 A testament or a will is a legal document that regulates to whom and by which amount your assets and properties are going to be distributed after your death. It is so important to plan in advance and consider all the consequences because not only will it affect how your wealth is distributed, but also the taxes to be paid.

Also, deciding where to make it has its own implications because the inheritance law is different from country to country, and it may change even within states, according to the region. So, if you want to avoid legal trouble in the future and make things simple for your loved ones… Drawing up a testament is essential!

Making one will determine how your wealth will be distributed after your death, instead of letting the existing laws define that for you and it is more important if you have a property in one country and a house in another because things can get complicated owing to the fact that the inheritance law may vary cross-country.

In 2015, the European Union regulation started to be applicable except for the United Kingdom, Ireland and Denmark. Although these 3 regions don't figure on the agreement, having the possession of any given asset, for example, in Spain will affect British, Irish and Danish nationals because this regulation states that the applicable inheritance law will correspond to the country in which the death takes place; unless you specify the opposite.

Continuing with our example, this means that dying in Spain will result in the application of the Spanish inheritance law despite the fact that you made a will in your United Kingdom without specifying that you want the law of your country of origin to apply.

For example, with the English Inheritance law, the 100% of your possessions will be granted to the inheritor you explicitly defined. There is free disposal of assets, as in many other countries. But in Spain the situation changes because wills are limited.

This means that even if you died leaving a valid will or not, there is a fixed percentage of your possessions that must be conceded to your relatives. That is, two-thirds of the total assets must be for your children, spouse or parents; and the other part to those who you define.

In the case that you died with no valid will (intestate), the law of successions says that your assets and properties will go, first, to your children. If the deceased did not have descendants, it will go to his or her ascendants (parents or grandparents). Then, to the spouse, brothers or sisters, cousins. And, finally, the Government.

But, what are the main benefits of drawing up a testament in Spain?

For example, if you are a UK citizen in possession of a property in Spain, your UK testament won’t be cancelled by having a Spanish one, unless there is any clause in your UK testament that contradicts it. This is because the Spanish will just regulates the assets you have in Spain. At the same time, a will on the UK, Denmark or Ireland is completely valid to bequeath goods in Spain. This explains why having a well-structured will saves so much hassle: you can include all contingencies over it.

Our advice is to draw up a will in your home country and another one for your Spanish assets (in Spain). The latter will be the complementary one. As the Spanish testament will not revoke the clauses of the will in any other country, you will enjoy immense benefits from this practice such as saving money, taxes, your time and your beloved ones.

If you need legal advice about this, do not hesitate to contact us!